BGAII 2.17 P. The amazingly superficial expediency of JDS is to be strongly condemned! 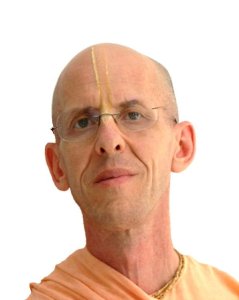 {Similarly in the Bhagavatam also the same version is stated as follows:

“There are innumerable particles of spiritual atoms, which are measured as one ten-thousandth part of the upper portion of hair.”}

In BGAII V1 Hayagriva with some faithfulness states:

{Similarly in the Bhagavatam the same version is stated:

“There are innumerable particles of spiritual atoms, which are measured as one ten-thousandth part of the upper portion of hair.”}

Hayagriva decides to drop “also” and “as follows”, even though there is no good reason to drop these two sequences of words.

But Jayadvaita’s amazingly superficial solution must be strongly condemned.

Realizing that the verse quoted is not one of the 18 000 original Srimad Bhagavatam verses, with his bird’s brain, he immediately condemns Srila Prabhupada’s statement as false and unceremoniously rearranges it as follows:

“Similarly the same version is stated.”

Not only is he offensive to his Guru, Srila Prabhupada, but he also disrespects the readers of Bhagavad-gita As It Is as well. He means: “Hey readers, if you really care to know where this verse comes from, find out by yourselves, cause I personally don’t care a fig, besides I am really far too busy falsifying the whole book. Thanks for believing me, guys, cause you are really making a big mistake. But I’ll keep running and misleading you as long as the running is easy.”

That is his ordinary rascal cheating mentality in action! Cheating because once more he has misrepresented Srila Prabhupada, the perfect and transcendental emissary of God, Krishna.

“The words spoken by the Lord are called apauruñeya, meaning that they are different from words spoken by a person of the mundane world who is infected with four defects. A mundaner (1) is sure to commit mistakes, (2) is invariably illusioned, (3) has the tendency to cheat others and (4) is limited by imperfect senses. With these four imperfections, one cannot deliver perfect information of all-pervading knowledge.” BGAII Introduction.

I add the text of my reply to Dravida Prabhu on this subject matter dated July 1st 2020:

“Thank you very much for your quick response, Dravida Prabhu.

1 ) As a worker on the Vedic scriptures, the amazingly superficial expediency of JDS is to be strongly condemned, yes!!!

3 ) To reference  CC M19.140 instead, was my first thought and is indeed a minimum requirement.

4) But how many commentaries to the SB did Srila Prabhupada write? Many thousands, is it not!

Almost one for each verse up to canto 10. This does represent thousands indeed!

We routinely refer to them as the SB.

In that sense, SB commentaries are not different from SB

Therefore Srila Prabhupada is right as in 99 % of the cases

His OT rendition should be left alone.

And thank you very much for your attention!”